yep, march 16, 2010 marks our 3rd wedding anniversary.  the 3rd seems odd, not quite newlyweds, but nowhere close to old hat. i guess it is even more odd to think on anniversary number 4 we will have a little tag-along with us. for some reason i chose to reminisce using facebook profile pictures. (is that really what my life has come to? memories from profile pictures?!) I selected a few that i thought were appropriate as we reflect on our first 1,095 (correct, 1,096 days. 2008 was a leap year) days of marriage. 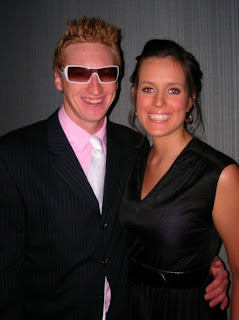 dating. this guy is crazy. he spikes his hair & wears funky sunglasses. 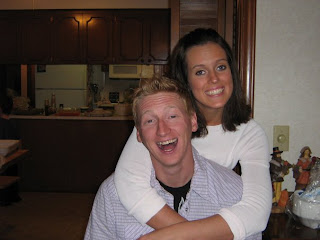 engaged. we never took engagement pictures ( i don't know why, didn't seem priority in our 4 month engagement) but this was at the party were we announced it to my extended family. dad thought a picture like this would be nice. 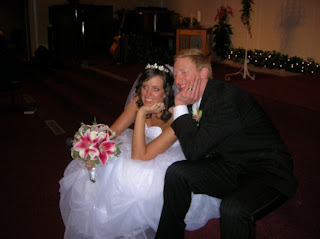 wedding day. we took our pictures after the ceremony so that we wouldn't see each other before. hectic, but i will never regret it. i always smile at this picture b/c i was sitting down. not to be cute. my back was killing me. i still love my dress. 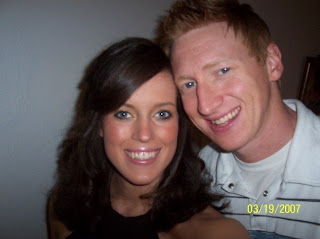 honeymoon. Jamaica. best choice we made as an engaged couple. a fabulous honeymoon.  the only thing i didn't realize was instead of being 21 almost 22 when i got married...apparently i was 17. 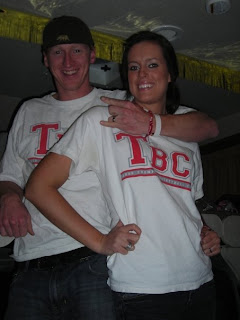 1st anniversary. in Mexico. I don't know if you know...or remember this...but after our honeymoon, we were home for 5 days & then left again for Mexico on a missions trip. we don't really remember it either, a total blur. all of this while i was a full time student. the next year, to remind people that we were celebrating our first year of marriage while on a missions trip with 40 high schoolers, we wore matching shirts everyday. i know, annoying. 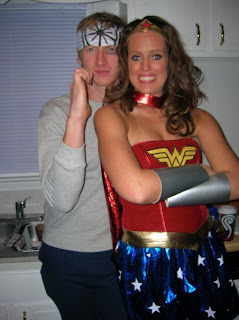 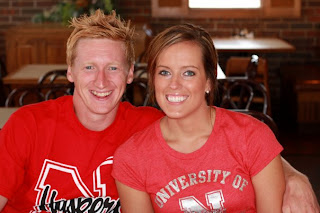 cutting to the chase. most recent. if i went on to much longer, everyone would have deleted me off their blog roll. it has been a fabulous 3 years. shawn is everything i could ask for in a husband + a million things more that i forgot to ask for. i could go on & on about how perfect he is, but i assume that every wife feels the same way about her husband, so i won't go into the details. you already know what i am talking about. so if you need an excuse to celebrate tonight...remember us, and go out to eat, because, hey, it's the kliewers 3rd anniversary! xoxo
Posted by Anneliese at 3/16/2010

greatest blog ever! I think we will go celebrate in honor of you :)

Enjoyed your memories. I didn't even know some of them. And.. we will go out to eat for your anniversary. Thanks for suggesting it, oh wait a minute, I already thought of it. Congratulations, and have another wonderful year!!

How happy you must be being able to look back at all your married memories! Can't wait for that to happen for me (eeks, in under two months!)

am happy that I stumbled on your blog, Anneliese!

You have me thinking back to our 3rd Anniversary. 10 years ago. Just so you know, it really does keep getting better if you want it to.

great post! congratulations a day late...but i also mentioned it a day early, so i guess it all evens out. on the honeymoon jamaica photo, i was confused, b/c i thought you were actually 17 when you got married, so when i saw the pic, i thought, hmmm apparently she was 14.?? just kidding. (15). haha. i think in honor of your 3rd anniversary lindsey and i are going to wear matching t-shirts every day for 3 years. i'm gonna go tell her the plan right now.

i do know exactly what you're talking about! aren't husbands the best? you guys are so super cute- i'm glad you shared the snaps with us! and i am with you on the facebook profile pic thing. happy 3 years!